On the cover: The Urban Nation Museum, featuring an artwork by Super A / Courtesy of Urban Nation

It has been just over a year since the grand opening of Urban Nation Museum For Urban Contemporary Art, located in Berlin, Germany, and it appears that this is only just the beginning for the museum. As part of a trip to the German metropolis, our team got the chance to visit this monument and marvel at its remarkable exhibitions.

Urban Nation seeks to celebrate graffiti, street and urban arts as crucial contemporary art movements, that have continuously re-invented themselves over the past 50 years. Operating under the slogan “Connect. Create. Care.,” UN director Yasha Young has created an urban art lover’s paradise in one of the most heavily spray-painted cities around the world.  With its walls being both places of exhibition and space for expression, the museum aims to merge the institution with the streets; to provoke and facilitate unconventional dialogues between the artist and the viewer. 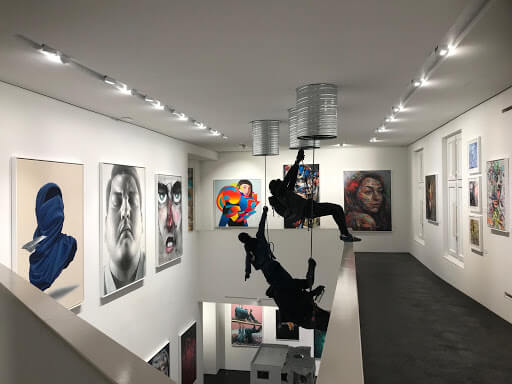 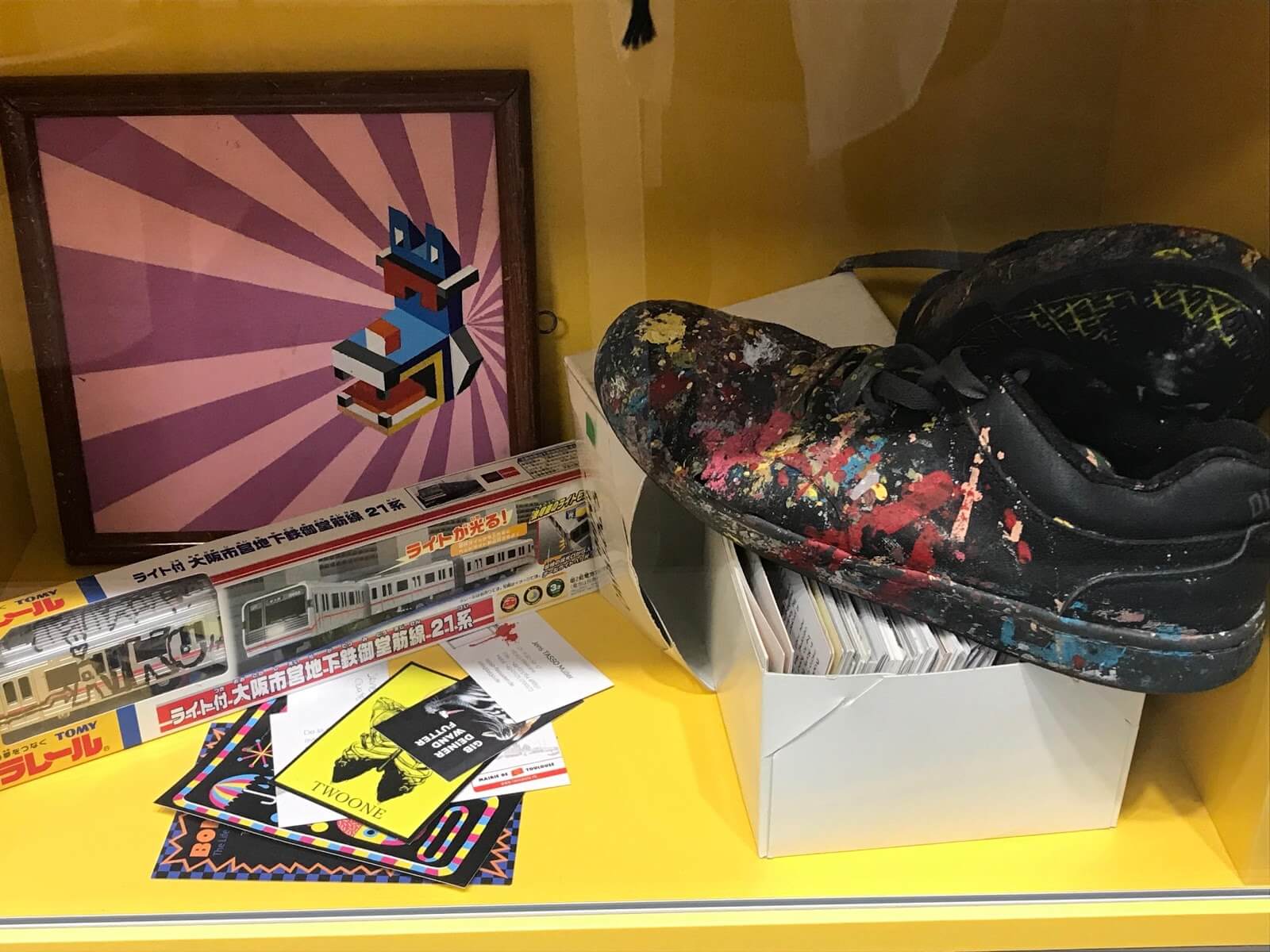 Urban Nation hosts an impressive collection, by both individuals whose work was foundational to the urban arts movement, as well as many artists who have only recently entered the urban art world. From canvas works to sculptures, photographs to films, Urban Nation exposes the many ways in which urban art has expanded from initial letter-based graffiti, while continuing to embrace and cherish the subculture’s roots. Works by 1UP, Faust, Pixote prove that despite the directions in which urban arts have moved, graffiti is still progressing and consistently challenging itself to attain new heights.

The second main exhibition of the museum’s history, “UN-DERSTAND THE POWER OF ART AS A SOCIAL ARCHITECT” which opened mid-September, seeks to remind both artists and viewers of the importance of art as method of communication, to embrace humanness in art and in life, in an attempt to challenge the hyper-speed consumption which possesses the digital age. The exhibition presents works by over 100 artists, including pieces from DFace and Shepard Fairey. 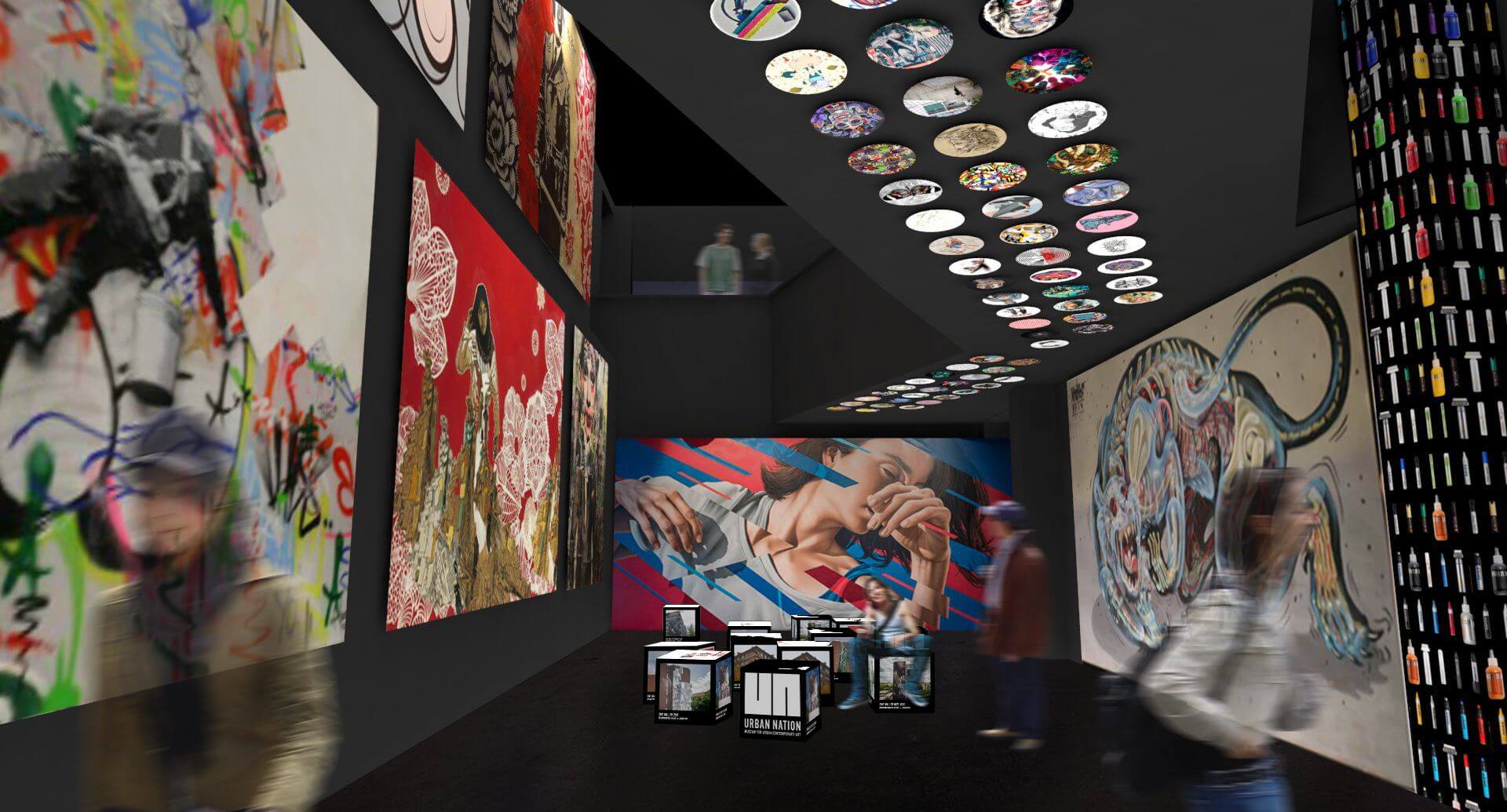 Following the opening of their second exhibition, the museum has also launched its Artist Residencies Program, which will host up to 33 residents per year, providing artists with space for creative expression in the heart of Berlin.

Also hosted within the museums walls is the Martha Cooper Library. Named after the graffiti photography pioneer herself, the library contains a large part of the photographer’s personal collection of books, publications and magazines, as well as numerous artifacts and souvenirs obtained over her 30-year and counting career. Alongside the opening of the museum’s second exhibition, the library has become public, and visitors of the museum are now able to enter and browse the collections.

As a matter of fact, Cooper found herself back in Berlin earlier this year for one of her most recent projects, One Week With 1UP. Alongside Berlin-based photographer Ninja K, the two accompanied one of the most renowned Berlin-based graffiti crews, 1UP, during one week of graffiti escapades. 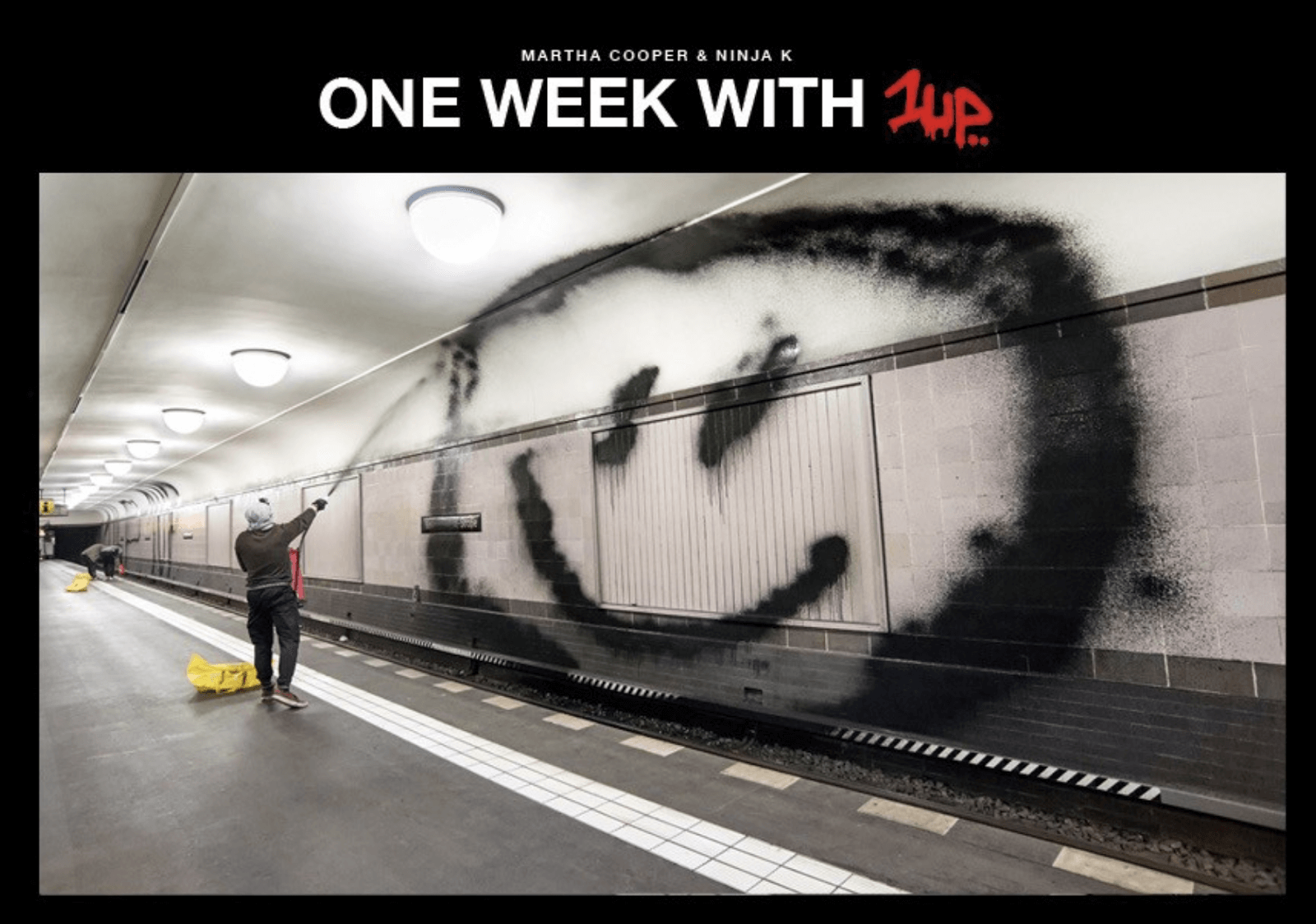 The museum itself is a product of a larger art initiative by Urban Nation, which has sought to unite communities through “connecting people with their city using outdoor art and integrative neighbourhood projects,” since 2013. This year alone, Urban Nation has collaborated with Lollapalooza, featuring works by Montreal’s very own Sandra Chevrier, and SCOPE Art Show at Art Basel. 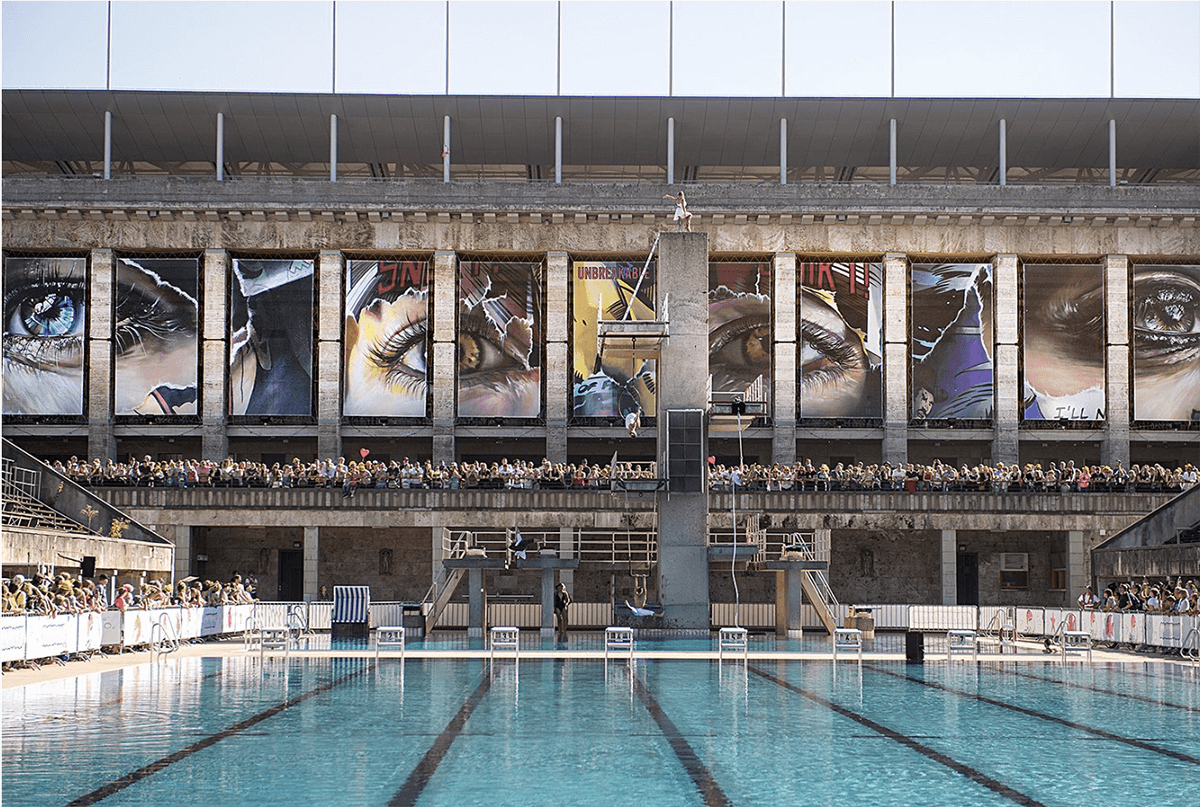 Artwork by Sandra Chevrier for Lollapalooza. 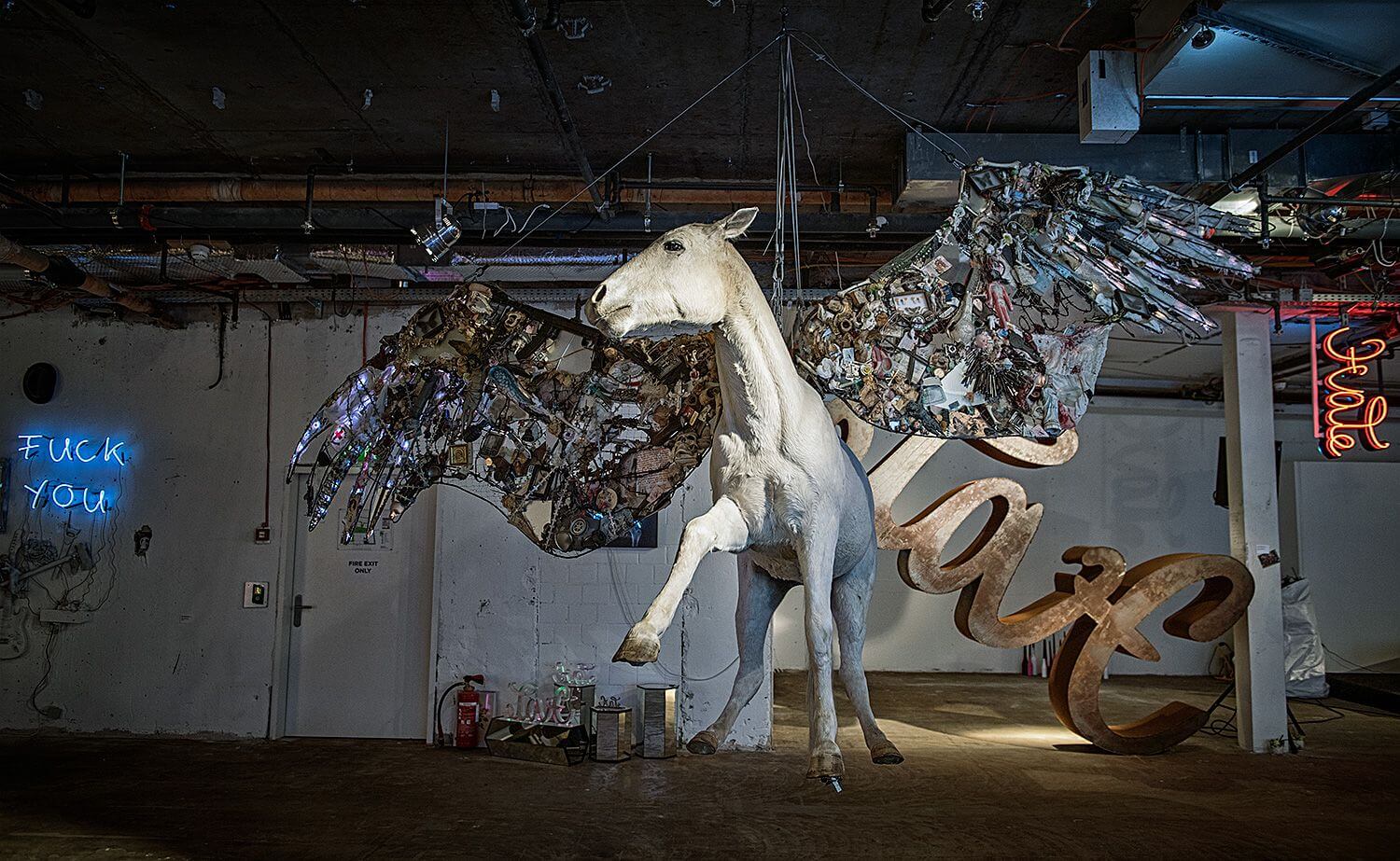 After landing in Montreal to work as a graphic designer, LSNR made his place in the Montreal art scene through his collaborations with fashion…